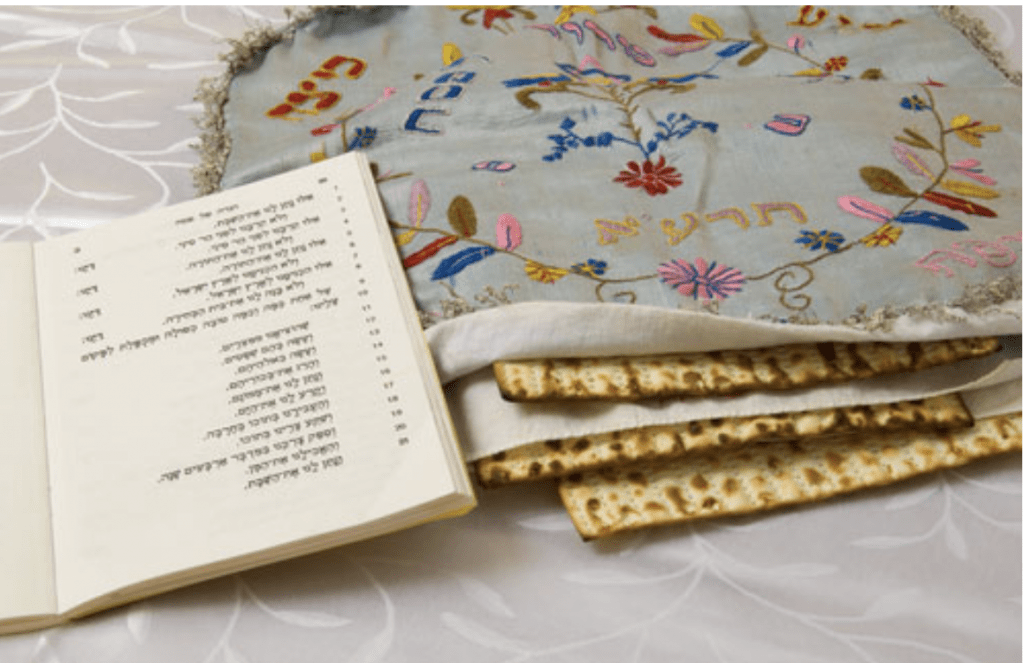 Passover, or Pesach in Hebrew, is one of the three major pilgrimage festivals of ancient Israel and commemorates the Exodus from Egypt. Its name comes from the miracle in which God “passed over” the houses of the Israelites during the tenth plague. Centered on the family or communal celebration of the seder (ritual meal), Passover is one of the most beloved of all Jewish holidays.

The origins of Passover lie in pre-Israelite spring celebrations of the first grain harvest and the births of the first lambs of the season. In the Jewish context, it celebrates God’s great redemptive act at the time of the Exodus, leading the Israelites out from slavery in Egypt to freedom. Together with Shavuot (the Festival of Weeks) and Sukkot (The Festival of Booths), Passover is one of the three ancient Israelite pilgrimage festivals, during which adult males journeyed to the Temple in Jerusalem to offer sacrifices and bask in the divine presence. Since the destruction of the Second Temple in 70 CE, the focus of Passover shifted to the ritual meal, called the seder, which normally takes place at home.

In anticipation of Passover, it is traditional to engage in a thorough spring cleaning. During the holiday, the food reflects the major theme of Passover and is intended to help Jews relive God’s great redemptive act, albeit in a vicarious manner. Because the Israelites had no time to let their bread rise as they hurriedly left Egypt, Jewish law forbids eating (or even possessing) any food that contains leavened grains.Therefore, a major part of the preparations for Passover consists of removing all traces of leavened foods from the home and replacing them with unleavened foods (though many Jews prefer to “sell” some leavened products to a non-Jew for the duration of the holiday). This necessitates both a massive cleanup and the replacement of one’s ordinary dishes with special Passover ones. It also requires a shopping expedition to stock the kitchen with special kosher-for-Passover foods.

The central ritual of Passover is the seder, a carefully choreographed ritual meal that typically takes place in the home. A number of symbolic foods are laid out on the table, of which the most important is the matzah, the unleavened “bread of affliction.” The seder follows a script laid out in the Haggadah, a book that tells the story of the redemption from Egypt. Although the Haggadah is a traditional text, many people add to it and revise it in accord with their theology and understanding of God’s redemptive actions in the world.

Passover In the Community

Although the focus of Passover observance is on the home, on the first and last days traditional Judaism prohibits working. There are special synagogue services, including special biblical readings, among them Shir ha-Shirim, “The Song of Songs,” and Hallel, psalms of praise and thanksgiving. The last day of Passover is one of the four times a year that the Yizkor service of remembrance is recited.

The overarching theme of Passover is redemption. After all, this is the holiday that celebrates God’s intervention in history to lead the Israelites from slavery to freedom. It is a time to celebrate God as the great liberator of humanity. The divine redemption of the Israelites thus becomes the blueprint for the Jewish understanding of God and divine morality and ethics.